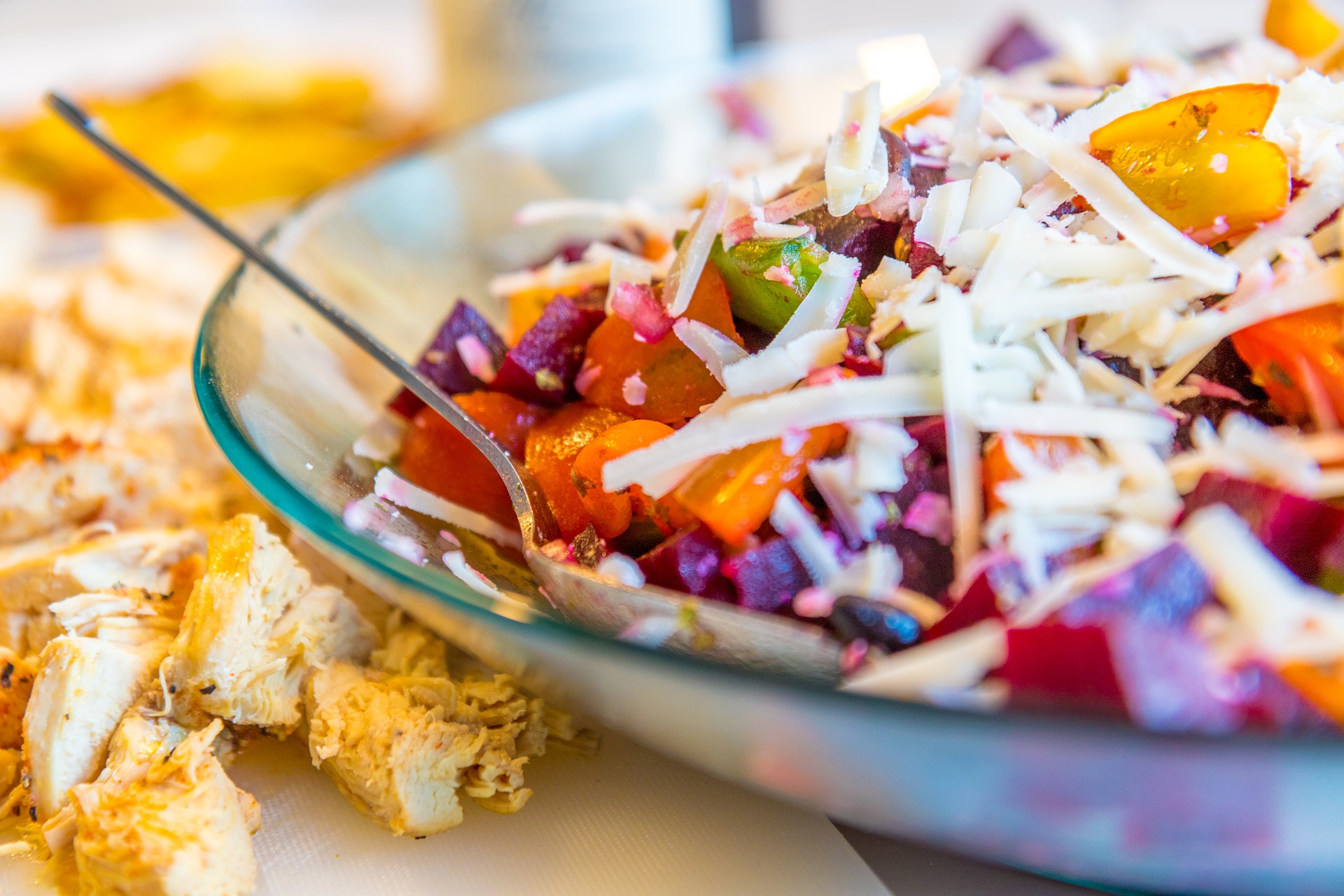 The BBC news highlights a report that finds Eating a Mediterranean diet may help prevent depression.

Research into the traditional Mediterranean diet has shown it may reduce our risk of developing conditions like type 2 diabetes, high blood pressure and raised cholesterol, which are all risk factors for heart disease. Researchers have also found that people who closely follow a Mediterranean diet may live a longer life and be less likely to put on weight.

The science behind the happiness

In the long term some foods associated with happiness have the opposite effect due to the fact that our bodies release dopamine as a reward for consuming fatty, salty or sugary foods – helping our bodies to cope with a famine, which is a hangover from our hunter gatherer days this study explains.

Healthy eating not only keeps our bodies in better condition to handle illness, aging, and stress, but it can make us happier. Further research shows that eating unhealthy food results a negative mood two days later, whilst eating fruit and veg one day lifted the mood the following day.

We’re aware that serotonin is a trigger for happiness but the common misconception is that protein rich foods such as turkey (rich in tryptophan) boosts serotonin and although it is true that bananas contain serotonin, it does not cross the blood–brain barrier.

An all-carb snack will boost levels of tryptophan, which can then be converted to serotonin.

However, some carbohydrates are seriously detrimental to our brains (and our happiness) due to the surge in the glycemic index following consumption.

The answer lies in complex carbs (those that take the body longer to break down) – the best way to incorporate serotonin-producing foods into your diet without causing major spikes in blood sugar.

Interested in boosting your serotonin and reducing cortisol? Try this….

Try to eat a diet with a variety of colorful vegetables and fruits, 100% whole grains, nuts, legumes, if you eat meat, try small amounts of extra-lean meats, low-fat or nonfat milk products. Also include foods rich in vitamins B6 and B12 (meat and seafood), which aid in building serotonin and maintaining insulation around nerve cells to help brain cells divide properly.

Also include Omega-3s (also known as “good fats” from oily fish), are critical structural fats that go straight to tissues in the brain and are linked to reduction in depression and magnesium (Beans and nuts), to curb cortisol levels when stressed.